Operating for more than 50 years, Carways prides itself on its prominent position as one of Australia’s leading car transport companies.

With experience that spans two generations, Carways is a successful family-run business that is owned and operated today by Scott Brown and continues his family’s commitment to superior quality service, a tradition handed down by his father Bevis and late uncle Harvey, who established Carways in 1970.

The reasons behind the formation of the company at the time were simple: Australia’s capital city, Canberra, was rapidly growing, and there was no locally based car vehicle transporter at the time.

Brothers Harvey and Bevis Brown – who had previously owned other transport businesses involved in freighting eggs and stock feeds into the Canberra region – decided to found Carways to serve the nation’s automotive sector.

As the years passed, the company kept pace with growing demands for its motor vehicle transportation services – from just two trucks servicing local dealerships between Canberra and Sydney to a fleet of more than 50 today, ranging from single car carriers right up to 11 car B-doubles.

Building the Family Business and always looking toward the future, Carways has added Lismore to its growing list of premises.

We will have larger facilities, and this will enhance operations.

Scott, himself transitioned over the years along with the family business, from being a company driver, working his way into the operations field, progressing to a company director and today, to Managing Director.

Carways has been able to capitalise on an increased volume of freight between Sydney, Lismore and Brisbane. It introduced additional resources to facilitate local pickup and delivery in the Sydney Metropolitan area and more frequent services to Brisbane, Gold Coast, Northern Rivers, Newcastle, and Sydney.

In early 2011, the company moved into a new, larger Melbourne depot in Jessica Way, Truganina. With a significantly increased depot size and secure storage facilities, the company has been able to further expand its areas of coverage in Victoria and South Australia and provide even more reliable, efficient, and regular service between Melbourne and Adelaide.

Later that same year, Carways took the company to yet another level with its Lismore division when it acquired additional valuable staff, equipment, and resources.

The result was a significant increase in the company’s presence, service, and coverage throughout Southern Queensland, Northern New South Wales and the Lismore area. 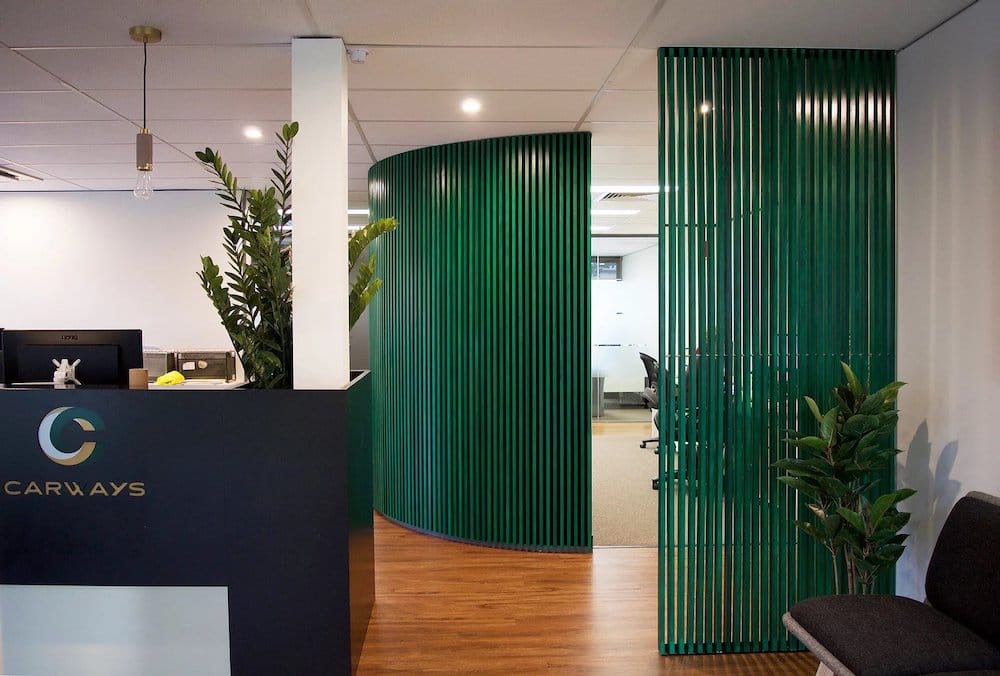 As Australia’s largest family-owned and independently operated car carrier specialising in interstate motor vehicle transport on the nation’s east coast, Carways has earned a solid reputation with a wide variety of businesses over the years, including automobile dealerships, bond stores, car auctions, and car rental firms.

At Carways, we deliver on the quality demanded by your customers and, with a modern fleet of trucks and trailers, we can arrange the complete door-to-door transport between vehicle dealerships and customers anywhere in Australia.

Specialising in drivable cars and commercials vehicles, Carways can accommodate bookings from 1 to 300 vehicles, and can assist with non-drivable vehicle transportation subject to the vehicles condition and whereabouts.

“We’ve been continually growing for the last 20 years, and I believe we’re going to keep growing,” says Scott. “We’re certainly providing a good service out there, and we fill a niche in the market. And we’d like to grow with Australia’s population – as Australia grows, so does Carways.”

Continuing to grow, Carways and Scott Brown remain loyal to the vision created by Scott’s father and uncle, and build on decades of hands-on industry experience through passion, growth, and an unwavering commitment to customer service.

Carways continues to uphold its long-standing set of values and principles that include providing reliable and efficient motor vehicle transportation, delivering exceptional customer service, providing a safe and positive working environment, and excelling in all areas of the company’s service.

Carways prides itself on maintain a modern fleet of late model trucks and trailers, utilising the latest technologies to make transportation as efficient as possible and regularly upgrading and updating the vehicles.

...personal service is key, maintaining good customer relations from your office to your admin staff right through to your drivers.

“You’ve got to have the right equipment,” says Scott, “modern, flexible equipment that can carry different makes and models of cars. You’ve always got to be upgrading, because car makes and models, shapes and sizes change all the time. And personal service is key, maintaining good customer relations from your office to your admin staff right through to your drivers. We have a fantastic staff base with everyone working as part of the team. Everyone has to be on the same page, working toward customer service.”

Exclusively transporting cars, the company handles the safe and efficient movement of all kinds of vehicles including new, used, fleet cars, and private movements, all the way from prestige collectable vehicles through to modified four wheel drive and light commercial vehicles. 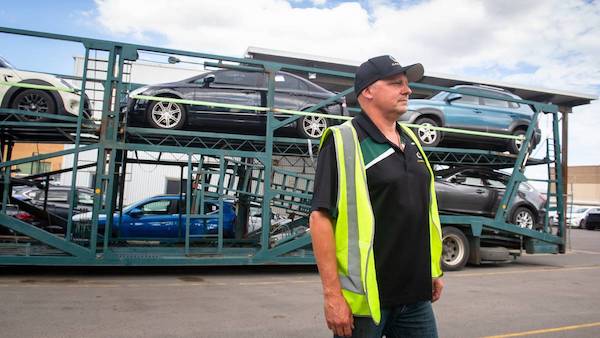 “We have a very strong business partnership with Hyundai Glovis Australia and this will continue to grow with the increase in market share of the Hyundai product range. Customers can also drop off or collect their vehicles from any of the company’s depot locations.”

We’ve been continually growing for the last 20 years, and I believe we’re going to keep growing.